Episode 2by joepodcast11 months ago

In this Joespeak! Podcast, writer and former Redlands City Councilwoman Toni Momberger joins us. She discusses her upbringing as a person of color in Redlands, how she became the “Toni” that the community knows. and the multigenerational family heritage she continued to uncover as an adult. She talks about her extensive experiences in journalism, much of it as the editor of the Redlands Daily Facts. Toni points to equal moments of clarity in her life that led to both her resignation as editor, and her next destiny as a key member of the Redlands City Council. Toni gives transparent “real talk” about the challenges of being in elected office, (including the goal of being representative as opposed to political), and states why she did not seek re-election despite widespread popularity. Toni reveals the next frontier in her journey: sharing her children’s books with the world. Ultimately, she gives us all a lesson in approaching every endeavor with your whole heart and community in mind. 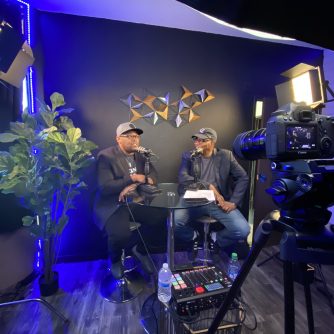 The Good Fight Against Police Brutality, Culture, and Racism with Carl Douglas, Esq.

GET IN TOUCH
Communication, Comity, and Community, with Toni Momberger
Episode 2